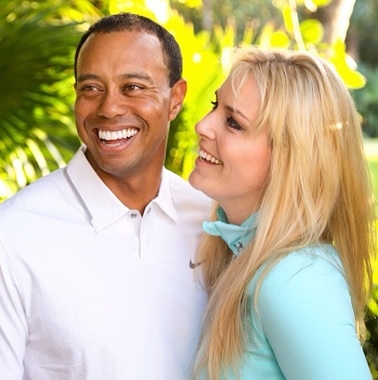 It's been a long way back to the top for the Tiger.

Ever since November 2009 when his personal life's veneer was smashed, first by a hydrant and then by a pitching wedge, Tiger Woods' trials and tribulations seemed like a song by A$AP Rocky. The last time he stood at the top of golf's world rankings, it was October 2010. Tiger’s slump really began months earlier, but that's how long it took everyone else on the tour to catch him. His earnings dipped from $10,508,163 to a measly $1,294,765; that was the lowest since his rookie season in 1996 and plunked him down to 68th on the money list, which was also the lowest he'd stood since he finished 24th in his rookie season.

In the year that followed, Tiger fell even more due to injuries and the obvious toll his tabloid-centric personal life was taking on him. Woods went winless for the second year in a row and sank to 128th in the money list, earning only $660,238. Tiger did ascend the podium three times in 2012, giving him his first three wins since the 2009 season and giving fans a minute glimpse at the player he once was.

Pre-scandal, Tiger was ferocious and meticulous, and could almost be seen as a bit over the top and cocky with his exuberant fist pumps and raucous followers. He was revered by the golf world as the best and proved this on the fairways and greens by repeatedly winning and dominating his peers.

Post-scandal, Tiger’s admission of being unfaithful sent him spiraling out of the public’s goodwill and deep into the dog house, or in his case, the Tiger Cage. While figuratively banished, Woods struggled both on and off the course, with many questioning whether he would ever regain his legendary fire and make a comeback.

He just might be on his way. So far this year, Woods looks to be stronger than ever, and after winning the Arnold Palmer Invitational last week, he has already matched his 2012 season total of three. With more than three-quarters of the season left, Tiger appears poised to finally challenge again in the majors.

This past weekend's triumph completed his ascent to the pinnacle of world rankings, staking his claim on familiar ground. The soap opera aspect of his life remains ever present, though, which seems to be of his own making. Woods' liasion with world-class skiier Lindsey Vonn began with baggage. Rumors abound that it's a match more manufactured in a publicist's hothouse than made in heaven.

This should make for an interesting season, almost as interesting as the talk Lindsey must have had with Tiger about his past: “So you’ve had sex with how many people? A few hundred? Oh, OK. I’ll still be your girlfriend.” It wouldn't be the first time she joked about it.

As Woods and Vonn begin their relationship amid allegations of convenience as opposed to mutual emotion and Tiger continues his comeback on the links, we are left with Nike controversially stating that “Winning Takes Care of Everything.” 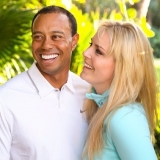 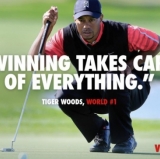