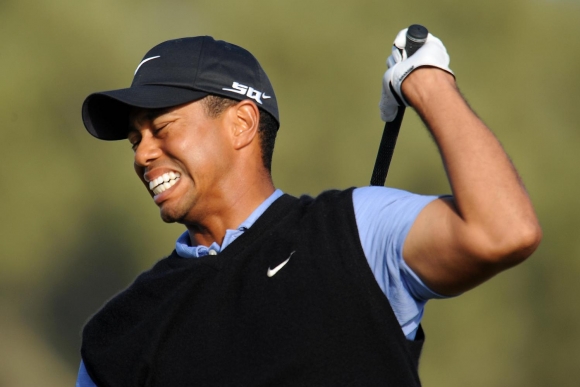 The rise of Jason Day is one of golf’s major stories.

It all started last year when Day won the PGA Championship at Whistling Straights, where he topped Spieth by 3 strokes.

Day followed up his spectacular 2015 finish by taking the World No 1 ranking from Spieth Earlier this year.

This was just a start, however, as Day has now captured The Players Championship by four strokes.

Who has Day credited for his recent success?

None other than former golf superstar Tiger Woods.

Apparently, Tiger and Day have become buddies. They send each other texts about the many physical and mental aspects of staying at the top of the game.

While this seems to have worked well for the now World No 1, it only serves as a small reminder of how far Tiger has fallen.

When people used to talk about Tiger Woods, they'd say, I wonder how many majors this guy is gonna win?

Now when anyone thinks of him, it's more like, I wonder if this dude's ever gonna play in a major again?

Woods hasn't played in a PGA event since last August and missed the Masters earlier this year.

Tiger has registered for the upcoming U.S Open, but that doesn’t necessarily mean he’s gonna play.

Tiger’s health has long been cited as the reason for his rapid decline ...

How did Tiger go about showing this?

By putting three straight shots in the drink:

Who did he think he was? Russell Knox?

In trying to show the golf world that the Tiger still has that old roar, Woods came up meowing like a little kitty cat.

Dude still has his hopes up about returning this season, but this 'showcase' only goes to show that Woods is a shell of his former self.

Maybe it’s time that Tiger finally accepts that golf is turning away from the old cats and towards the new kings of the jungle like Jason Day.