Tiger's Edge Back in the Day: Better Balls 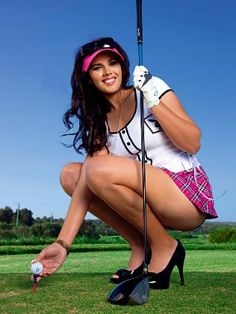 For a while there, Tiger Woods had balls unlike any other.

But then everyone caught up to him.

Leaving Elin Nordegren out of this, that's the opinion of NBC golf analyst Frank Nobilo.

A former tour pro who's whacked a few balls himself, the Frankster's in the know:

It was probably the first and only time in Tiger’s career that you could argue that maybe he had better equipment than the rest.

Everybody now is using the same type of equipment, so it’s hard for any one player to get that technological jump ahead that I believe Tiger had in 2000.

It's entirely possible to discover this at home, which actually looks like loads of fun:

But, there are easier ways to make the point. Safer, too, than explaining to the wife and/or girlfriend what that gooey stuff is on your crotch.

Dude's right, though. When the stuff inside a golf ball is given its freedom, it has a life of its own.

Again, leaving Elin Nordegren out of this, it used to be that balls were all gooey inside. Leave it to a lab-coat donning Pommie to show how they used to be made; this is from circa 1966:

Fast forward about 30+ years, and as if anyone needs convincing, technology never sleeps:

It's just as interesting to note that the Big Swoosh wasn't letting anyone else buy Tiger's balls. If only they'd been more vigilant later in his career.

These days, it takes more than balls. 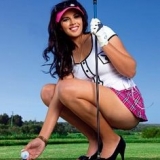 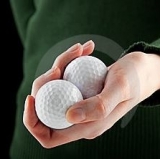 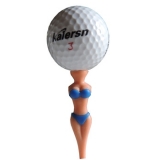