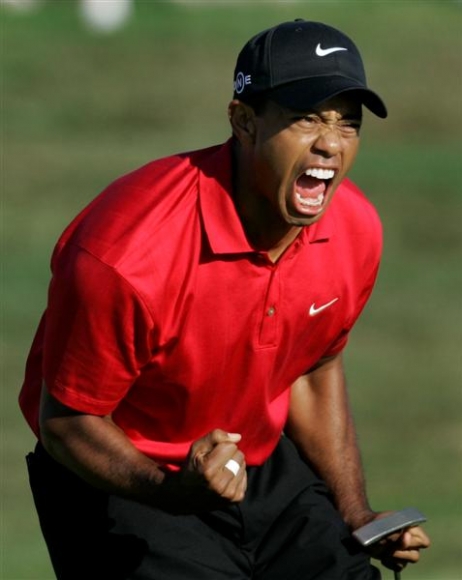 Tiger Woods walked off the seventeenth green at Dove Mountain having lost to Charles Howell III, a sixteenth seed, in the first round of the 2013 WGC-Accenture Match Play.  When asked to provide his assessment of the round, Tiger responded by saying that neither player suffered a bogey during the entire round.

Tiger’s response, coupled with his win at the Farmers Insurance Open, provides a better measuring stick for this year’s expectations than his upset loss in the match play competition.  Look no further than world number one Rory McIlroy’s first round exit from the same tournament for confirmation that match play, by its very nature, is not a fair and proper gauge of a golfer’s game.

Tiger’s comment regarding his lack of bogeys demonstrates that he is focused and feeling positive about the direction of his game.  Tiger has a world full of critics -- approximately 7 billion -- but none bigger than himself.  Critics have been quick through the years to make comparisons with Jack, Arnie, Hagen, and Snead.  Tiger has continually compared his game to one lone player: Tiger.

The only aspect to Tiger’s self-critiques which varies from interview to interview is his personal outlook.  While intensely private about his personal life, Tiger is willing to concede to the interviewer when his performance has fallen short of his personal expectations.  You can sense the frustration careening through the airwaves and into your living room.  Tiger was calm and confident following his round one exit at the WGC-Accenture Match Play.

A steady stream of prose has been written about Tiger’s successes and failures, the goal being to successfully identify the inner workings of Tiger’s mind.  A nonstop search which invariably ends with futility endeavors to sufficiently comprehend the rationale behind Tiger’s decisions.  This psychological labyrinth can be likened to passing visions of the Holy Grail as depicted in Alfred Lord Tennyson’s Idylls of the King.  As long as speculation yields financial gain for those aspiring theorists, the search is certain to continue.

The evidence that Tiger is primed for a big year in 2013 is not rooted in machinations of the theorist’s imagination.  It can be found in the statistics.  Tiger is averaging 5.250 birdies per round in 2013 stroke play, the third best average for this category on tour.  In fact, Tiger led the field with 21 birdies at Torrey Pines.  Historically, Tiger has won a major in five of the six years that he has won at Torrey Pines.  Tiger is currently ranked number two in the world, knocking on the door of a recently inconsistent Rory McIlroy.  With three wins in 2012 and a final ranking of number two on the money list, Tiger is showing the form necessary to win his first major championship since 2008.

Stop waiting for Tiger to come back.  He already has.

No, it isn’t the year 2000.  Tiger is 37 years old.  But if you take a closer look, you will see a Tiger who is statistically more consistent from the tee box and around the greens than in prior years during his major championship drought.  You will see a Tiger who can still scramble and pull off the seemingly impossible shot.  You will notice a Tiger who still has the uncanny ability to reach the par 5’s in two.  And you will observe a man who has managed to successfully weather one of the biggest media storms in sports history.

In years past, I had my reservations about placing my money on Tiger Woods.  Inconsistencies seemed to perpetually derail him in opportunistic moments.  Do not make the mistake of letting those memories cloud your thinking this year.  All facts point to one conclusion: Tiger will do some major fist pumping in 2013.