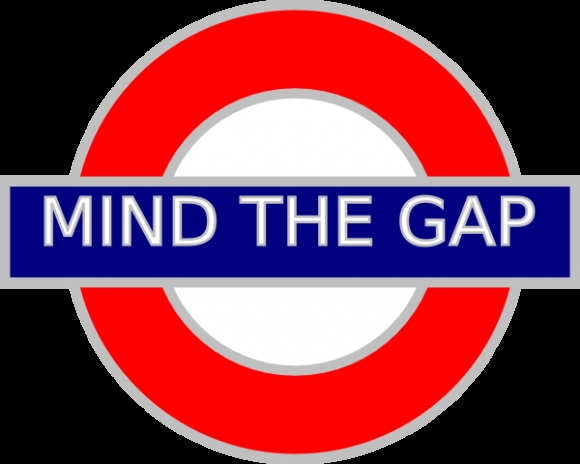 This is a cautionary tale of gaps.

They've not been good to one Eldrick T Woods.

And this month, they've ganged up on him in unflattering ways.

The latest came in the form of a career-worst round of 82 in Phoenix, where he clearly didn't adhere to the letter of the sponsor's name in the Waste Management Open. Woods littered the course with extra strokes:

A peformance like that by one of the game's elite players probably did more to bond Tiger with John Q Duffer more than the 14 majors he's taken.

This came after a gap of two weeks from his surprise visit to the Italian slopes, where he wanted to see his current squeeze set a record for FIS World Cup women's victories by claiming her 63rd in the Giant Slalom at Cortina d'Ampezzo:

Ironically, by the time Tiger wove through the throng to offer his congratulations, his skeleton scarf had a fuller set of choppers than he did. So, how did this gap come to be?

OK, but that's not what the event's prime poobah, Nicola Colli, remembered:

Another gap adding mystery to the dental gap.

Whatever. We'll wait for TMZ to come up with an elevator video or something. The big picture is whether this is the latest example that Tiger is too distracted to return to the crème de la crème of his profession.

Did his marriage and all that came afterward take the edge off? Woods used to be a regimen animal. Another gap.

Woods is four majors short of matching Jack Nicklaus' record of 18. It used to be a matter of when he would reach it.