Tiger in the Tall Grass: Finishes 65th in the Memorial 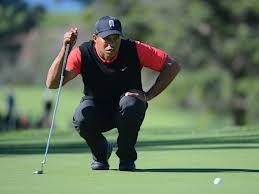 Matt Kuchar won the Memorial Golf Tournament this weekend in Dublin, Ohio, but as usual, it was one of the players who did not win who got all the publicity.

Tiger Woods finished tied for 65th place at eight over par, and all the talk was about him.

Woods, who had his worst nine-hole score ever during the third round, always gets top billing no matter where he is in the weekend standings.

Yes, the ratings are always higher on television when Woods is near the top of the leaderboard -- especially on Sunday -- but it is always hard to hear "Tiger Woods is in 65th place, and by the way, Matt Kuchar is in the lead." Yes, Woods is better than a great golfer and has won 14 major championships along with 78 PGA events. But he is not and never was a good guy. He was never good to the media, and God forbid someone breathes louldly when Tiger is ready to hit a shot.

This was, of course, all before the events of November 2009, when Woods' wife found out he had a mistress. It turned out he had a modern-day harem of mistresses and escorts over the years. Woods, the great 'family man,' was even with one of his 'girls' while his dad was deathly ill and wound up staying with her for the night.

So Tiger will probably go on to win many more tournaments; maybe he will even eventually catch Jack Nicklaus, who won 18 majors in his career. But he will never be a good guy; he never was.

The US Open is coming up and NBC has already started their commercials with him and will follow him on every hole. If his new love, Lindsey Vonn, is there, they will even follow her around the golf course. But let's hope everyone follows the leaders and concentrates on our national champion, not just Tiger Woods and all his baggage.