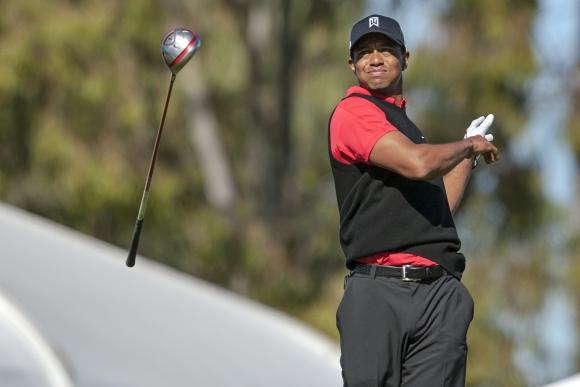 That, of course, is true to all top-flight pro sports.

And one to which every casual golfer well understands.

So it is with a knowing nod from the 19th hole that duffers feel the frustration of Tiger Woods as his latest comeback has hit a rough spot or two. He's holding down the anchor spot at this weekend's Hero World Challenge in Florida, and here are a couple of reasons why:

Nice recovery, though. It's the sort of shot that happens to the weekenders only once per round, which is enough to keep them coming back for more.

In Tiger's case, at least we're now seeing the dude who set such lofty standards until his ex-wife outdid him with a five-iron is taking it better than he has in the past:

Of course, that may be due to the fact that he's getting more accustomed to results like that in his current sporadic training and playing state.

Well, that and the fact that he never really knows who's watching every move he makes out there.

While it's tempting to say that the kid should just go home, maybe that's not the best advice for young golfers these days.

Stay cool out there, dudes. If the Tiger can do it, so can you.