Woods Dodges a Controversial DQ at the Masters 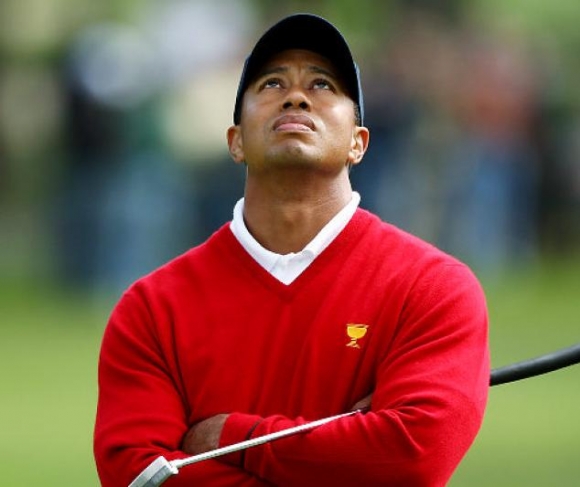 I don't know all the rule technicalities of the United States Golf Association (USGA) -- and apparently the Masters officials make them up as they go along -- but I appreciate that they adhere to standards unknown in any other major sport.

We saw this in action during the second round of the Masters.

As often happens in golf telecasts, an ardent view from the comforts of his or her home telephoned in a rules violation on Tiger Woods last night, which almost got him disqualified from the Masters Saturday. Woods, who was in 7th place going into the last 36 holes, was assessed a two-shot penalty and was dropped to 19th.

Viewers calling in unreported violations isn't a new phenomenon. Most golfers, from duffers to professionals, accept it as one of the endearing aspects of the game. After all, where else is a player responsible for enforcing infractions on himself? Do you think the last dude to touch a ball before it goes out of bounds has ethical questions when the ref misses it and awards possession to his team? Do you think a catcher is going to protest when an 'out' at the plate is registered even though he missed a tag? How about the lineman who grabs the ball away from his opponent under the dogpile after the whistle blew and then is awarded the fumble recovery?

No siree. To golfers, those players are heathens. They're the symptoms warning that the very fiber of civilized society is going to hell.

In fact, they believe that viewer call-ins should be even more closely embraced by golf's honor system.

There's a reason why businesspeople take new associates golfing. They watch how their new acquaintences respect the game's etiquette. After all, if a player doesn't call his own penalties or abide by the proper rulings, how much can he or she be trusted in business? Those executive rounds aren't all about leisure and drinks at the 19th hole!

What's new in this instance is the Masters officials actually allowing Woods to remain in the tournament. That's what the purists' are debating. There are substantive arguments, pro and con.

Still, the inference looms that it's Tiger Woods returning as the world's top-ranked golfer, and the Masters draws better ratings with him in the field.

Maybe civilized society is going to hell. But it's happening from the top down.