The Tiger and the Golden Bear 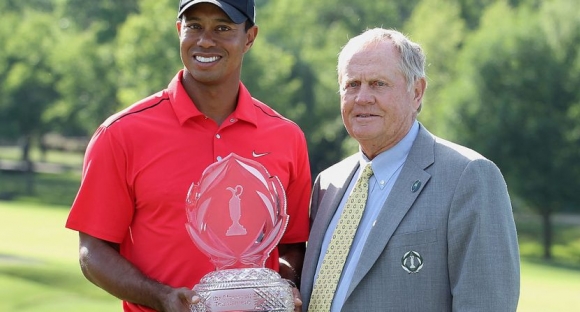 The mystifying decline of Tiger Woods has continued into 2017.

The injuries and personal strife have certainly taken their toll over the years.

However, his current status is still hard to explain.

Even Jack Nicklaus is confused.

Nicklaus was in the booth at the Honda Classic recently, and the subject of Woods was inevitably introduced.

The six-time Masters champion seems to think the problems are both mental and physical, which is certainly not a tremendous feat of logic.

However, if anyone can relate to Tiger Woods, it's Jack Nicklaus.

Because ... well ... they're both incredible golfers.

The two legends are pretty tight, and Nicklaus appears to be genuinely sad about the demise of Tiger.

There was a time when it looked like Tiger would coast past the Golden Bear and his 18 Majors, but that time has clearly passed.

Unfortunately, Woods has been stuck on 14 Majors since winning the 2008 US Open.

That was nine years ago, but it may as well be eons.

Of course, Big Jack did win his final Masters at age 46.

Golf is a cruel mistress, pun possibly intended, and can take a psychological toll on even the most mentally sound players.

Sadly, Tiger appears to be all up in his own head at the moment, in addition to the debilitating back pain.

Even the cuddly Golden Bear can't save him.