The Legend of John Daly 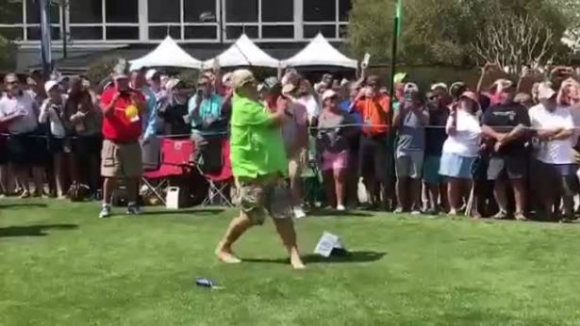 The two-time majors winner recently finished up his annual RV sojourn to Augusta for the Masters.

Afterwards, he stopped in Myrtle Beach for some good times and a little charity.

What exactly was the nature of this particular stop?

Well, it turns out Daly had some very important business to conduct.

More specifically, it was the Monday After the Masters Celebrity Pro-Am, an event that apparently involves Hootie & the Blowfish.

Whatever the mysterious origins of this event may be, Big John was in fact a willing participant.

And during said event, he did this:

That is indeed classic John Daly.

The trifecta of no shoes and a cigarette while teeing off of a beer can should actually be renamed the John Daly for posterity.

And please note, he absolutely chugged that beer after the shot.

Of course, the event was for charity.

Long John is now doing his thing on the PGA Tour Champions, so there will be more good times to come.

Sadly, he'll probably have to use a conventional tee.