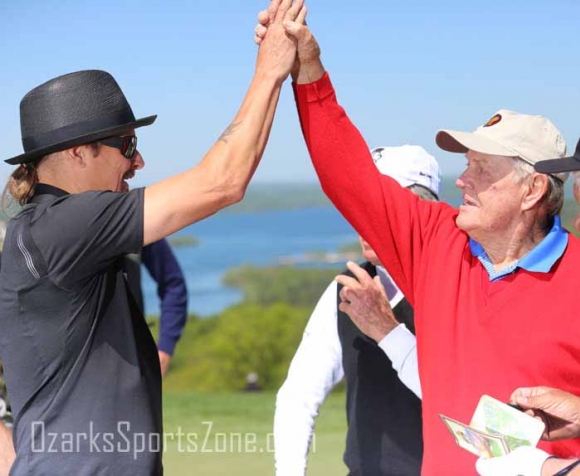 What a fascinating hook-up.

A recent Skins Shootout created just such a match-up, as the worlds of senior golf and state fair-level rock music somehow joined forces.

We can thank the androgynously titled Bass Pro Legends of Golf for this magical event.

Yes, the dynamic duo of Jack Nicklaus and Kid Rock defeated Gary Player and Lee Trevino to take home the first ever Skins Shootout at the awe-inspiring Big Cedar Lodge in Missouri.

Unless you're some sort of robot, that promo should have you pretty excited. Apparently, Kid Rock can knock it around a bit.

He admitted to being nervous at the prospect of playing golf with Nicklaus, and for good reason.

According to Nicklaus though, Kid Rock was hitting the ball great.

Those pants are the best.

Maybe Alice Cooper, Billy Idol, or Bret Michaels can join them next year.