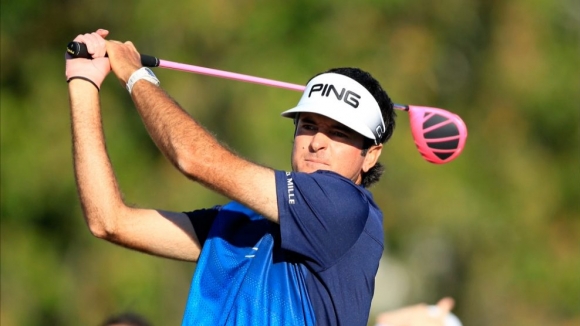 There's nothing wrong with a little self-improvement, be it physical or spiritual.

This advice applies to really good PGA golfers as well.

The two-time Masters champion accomplished this in the usual way, but doesn't seem particularly happy about it.

It's not so much the necessary portion control, but the complete elimination of anything that tastes good or provides even fleeting pleasure that's bothering Watson.

The 39-year old has lost around 20 pounds in the process but is apparently consumed by a profound bitterness towards the entire planet.

Watson unveiled the new look at the 2017 Masters, which appears to have alarmed many of his fans.

Yes, a fretful nation cries out for answers.

Of course, Watson is physically fine, but his game has seemingly suffered with the weight loss.

For example, he actually missed the cut at the 2017 Masters.

He was also not in a particularly accommodating mood afterwards.

Could someone please get this dude a pint of ice cream?