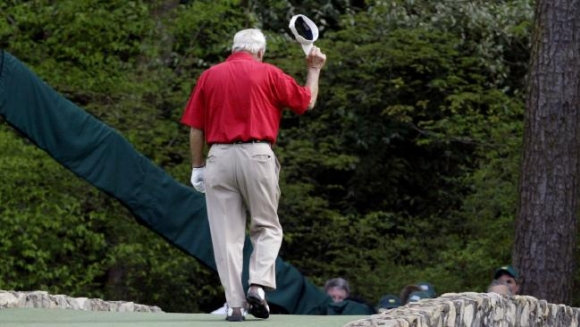 Arnold Palmer was arguably the greatest golfer who ever lived.

Since his death at the age of 87, demand for the legend's memorabilia has predictably skyrocketed.

In fact, it appears that Arnie's stuff is uniquely popular.

So exactly how much coin are we talking about?

The putter that Arnie closed the 1964 Masters with just sold at auction for almost $100K.

That's a lot of scratch.

Actually, that total is the highest ever paid for a modern tournament-used club.

Other Arnie items have been selling for ridiculous amounts, as well.

For example, one of his Masters trophies recently sold for $444,012.

These dudes don't screw around in the world of high stakes sports collectibles.

There's been much Arnie love recently, particularly at the 2017 Masters, which turned into a well-deserved tributefor the departed legend.

Perhaps his shoes will go next on the auction block.