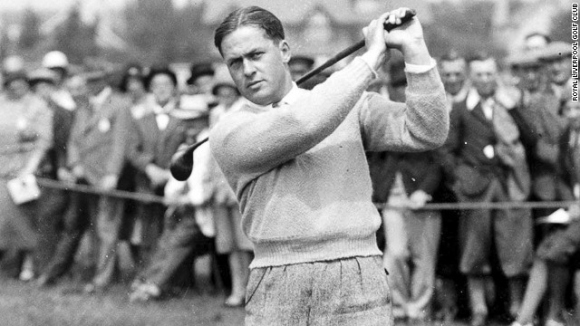 Putting it mildly, the Augusta National Golf Club's course is built to challenge.

When it doesn't, it gets Tiger-proofed or whatever else is necessary to make it a challenge.

Sometimes, even Mother Nature chips in to support the cause.

But so far, Jordan Spieth doesn't seem to mind.

Dude's career is just starting, but at this particular stop on the PGA tour, Spieth is already playing like a legend.

He's already got red-headed stepchild stats in the bag with these firsts:

The rest of the field had issues here and there.

Bubba Watson, for one, seemed snakebit:

Talk about putting the gust in Augusta!

That wind-blown putt pretty much symbolized his entire day:

The current World No 1 got no respect from the course, either:

One would think Spieth's run will hit similar turbulence sooner or later.

But until then, it's gonna take something special to top his mastery at one of the world's most prestigious courses.