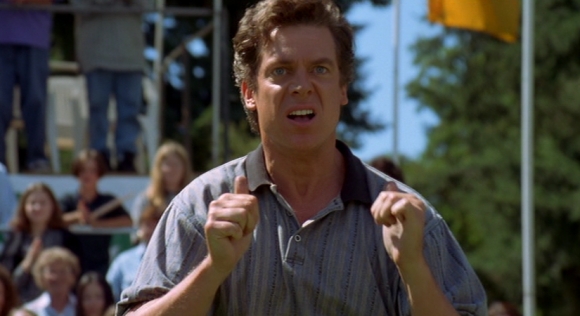 Unless you follow the PGA Tour intimately, you're probably not aware of the existence of Patrick Reed.

However, the 23-year-old golfer locked up the World Golf Championships-Cadillac Championship at Doral on Sunday for his third tour win in seven months and was rather vocal in the process.

In a moment of pure hubris on Saturday, Reed referred to himself as one of the top five players in the world, a remark that could only be interpreted as complete madness. But Reed delivered the next day, holding on for the one-stroke win and then elaborating further on his previous comments:

"I've worked so hard. I've won a lot in my junior career. I did great in my amateur career. I went 6-0 in match play in NCAAs. We won NCAAs two years in a row [at Augusta State]. I got third individually one year at NCAAs. Now, I have three wins on the PGA Tour. I just don't see a lot of guys who've done that, besides Tiger and the other legends of the game. I believe in myself. I feel like I'm one of the top five players in the world. I feel like I've proven myself."

That is a magestic screed. Somewhere, Shooter is blushing as he cowers meekly behind his caddy.

Reed is certainly not lacking in confidence, as he helpfully provided a detailed rundown of his career highlights all the way back to juniors competition.

As far as rants go, this was relatively mild compared to other sports. However, in golf terms, this was rather unique. You don’t often see or hear this level of bravado on the PGA Tour. Reed will likely become something of a polarizing figure on the tour if he continues to win and talk with this frequency, but his play is speaking for itself at the moment.

Reed clearly has game. The list of players who have collected three PGA Tour victories by the age of 23 is a short one, and includes such golf dignitaries as Rory McIlroy, Phil Mickelson, Sergio Garcia and Tiger Woods.

Speaking of Tiger, Reed seems to take pleasure in invoking the name, even revealing that he wears the red shirt and black pants combo on Sunday because that has always been Tiger’s outfit of choice.