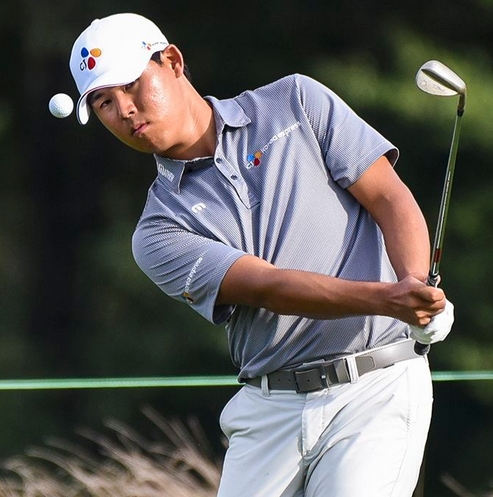 As far as the tour pros are concerned, The Players' Championship is the fifth major.

That $1.89million stash that goes to the winner ranks right up there with the actual majors:

It's definitely got the distinctive course.

Sawgrass has that super-cool island green that's the primary reason why 67 shots plopped into water in four days.

Still, it can be forgiving, as Rickie Fowler and Sergio Garcia will attest:

And it can be vengeful, as Ben Crane learned when he offset those two aces all by himself:

Through it all, making his rounds under the radar until Sunday was 21-year-old Si Woo Kim. Dude's ranked No 75 in the world, which is impressive for a player his age. Welcome to your future, dude.