Ryder Cup Returns to the USA 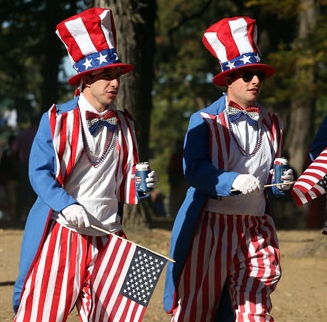 Damn, this is a fun event!

The Ryder Cup is still held in monied trappings like Hazeltine Country Club in Minnesota, but it's the one competition on golf's biennial calendar that abandons all decorum and let's players join the fans in expressing how they really feel.

Besides, it's unnatural to expect mass silence. This isn't chess.

This year, everyone's emotions were well on display, as the USA thrilled the home crowd by bringing the Cup across the pond for the first time since 2008.

Maybe it was a sign when, during a practice round, an American fan outputted Justin Rose:

Damn. Where's Gus Johnson when you really need him?

Acutally, the Americans didn't need much help going to their happy place: