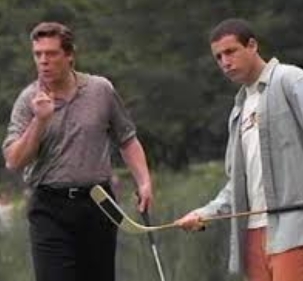 So much for guffaws around the olde country club hearth and echos of 'Well done, old chap!' ringing throughout the corridors.

This is the Ryder Cup in the 21st century age of information.

And Phil Mickelson has had both barrels loaded since the American team landed in Scotland.

He didn't need prompting from TMZ to remind everyone that European teammates Rory McIlroy and Graeme McDowell are still in the midst of a rather awkward lawsuit that has strained their relationship. Who knew Lefty had Vince McMahon as a PR consultant?

Bonhomie only goes so far with Phil. It definitely doesn't make it to the aftermath of being shellacked. His post-Cup presser remarks took dead aim at USA captain Tom Watson. For example:

Mickelson not only wanted a voice in the team decisions, he wanted to play in Saturday afternoon's foursome grouping and was insistent about it. However, Watson saw Phil's tank job on Friday and went in a different direction. Mickelson had only hoped to sit out the four-ball on Saturday morning.

Meanwhile, it's refreshing to know that a good Welshman knows champagne is for imbibing rather than spraying, and what's better than a bottle of bubbly except more bottles of bubbly? Like, a near-all-nighter's supply of bubbly.

That was surely more fun than the cork Mickelson was popping: