Published on 2-Jun-2014 by Bridgett Davis 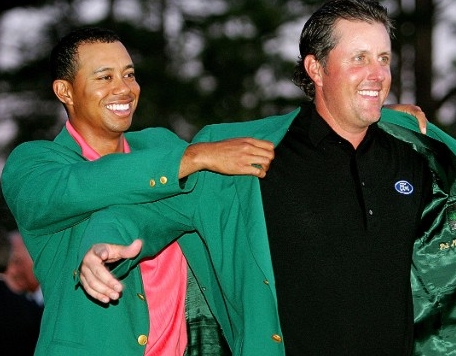 Phil Mickelson is known for his uncanny ability to scramble out of difficult shots but maybe he's found one hazard that's a little harder to circumnavigate.

This obstacle, though, is off the golf course and may prove to be the hardest trap h's ever encountered.

Mickelson, legendary Las Vegas gambler William Walters, and takeover magnate Carl Icahn -- one of the wealthest people on Wall Sreet -- are all being probed by a joint FBI and Securities and Exchange Commission task force in connection with alleged insider trading. The FBI is looking into whether Mickelson and Walters may have traded illegally on private information provided by Icahn about his investments in public corporations.

And sure enough, the legendary corporate raider piped right up:

Trading records also indicated that the trades came not just from Mickelson but also from at least one other investor connected to both Walters and the golfing world.

Coincidence? Maybe, but not likely.

Tough to prove. Very likely. It's good for golfers and gamblers to be grouped with a billionaire, especially one with holdings in the telecommunications sector.

A lawyer for Mickelson denied that the golfer was involved. "Phil is not the target of any investigation. Period," said the Glenn Cohen.

Mickleson obviously needed to say something to the press, but he should be careful about making blanket statements like this. We've heard people of all genres -- from the Milwaukee Brewers' Ryan Braun to televangelist Jim Bakker -- declare innocence only to get smacked down later.

Another incident that may smear Mickelson's image may be the fact that investigators were also looking into trades that Mickelson and Walters made in relation to a compay called Dean Foods.

Once may be a mistake or coincidence, but twice seems like it could be a trend. Let's see if Mickelson ends up bogeyed down by bad decisions or his denials wind up being par for the course..