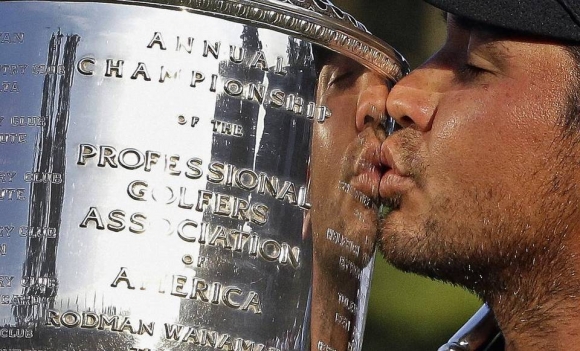 With 2015's four majors in the books, there's no doubt golf's turned a generational page.

And at Whistling Straits in sunny Wisconsin, where hockey season is only 52 days away, the only Day that mattered this weekend was a 27-year-old Australian.

After being in the Slam chase all spring and summer, this was truly Jason's Day:

The PGA's marketers must be pinching themselves. It's never been more clear that a Tiger Woods return to form will border of miraculous and Phil Mickelson's best attempts at Arnold Palmer-like charges are behind him.

Where, they worried, were the personalities with talent who could light up galleries and screens?

And, from the general public's perspective, they arrived:

Spieth was ever-present again, of course:

So, for the immediate future, golf's in dynamic hands, with both achievement and pinache.