Past Masters Start to Stalk Spieth 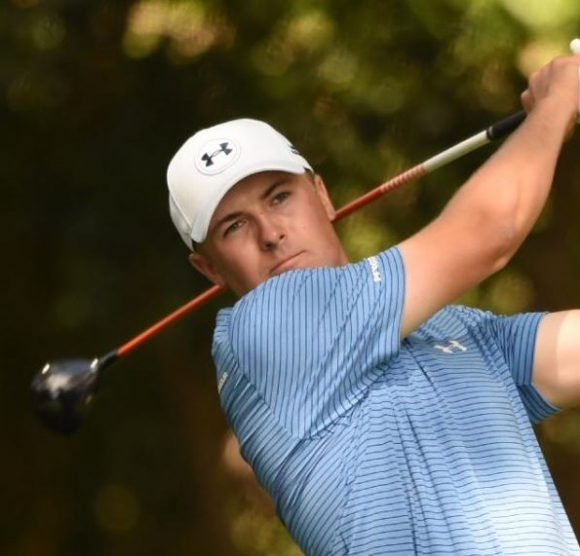 In fact, the 21-year-old Texan still managed to grab another course record.

Augusta National started getting its own back on the young leader. Spieth may have racked up six more birdies, but they were virtually offset by two bogeys and one double-bogey. So, as usually happens on Moving Day, the door cracked open; in this case, ever so slightly.

It's the 18th that Spieth will remember. After totally blowing his focus with that double-bogey on 17, he went for the gusto on the day's last hold. Bad idea. His approach shot overshot the gallery, which left him a bunker to negotiate and a small target area on the green. But the dude kept his cool, getting up and down like a seasoned veteran.

He's got that right.

Finally, the day's Henrik Stenson Half-a-Club Award goes to the Tiger, who should've more Swedish from Elin before the split ... the sort of Swedish that can come out when she's holding a golf club.

Clearly, Spieth wants to keep his act fit for family viewing on Sunday. He's already jumped a gallery. The last thing he needs to do at Augusta is jump the Shark. After all, his lead is two strokes lighter than Greg Norman's was.