Padraig Harrington Could Be The Unluckiest Golfer On Earth 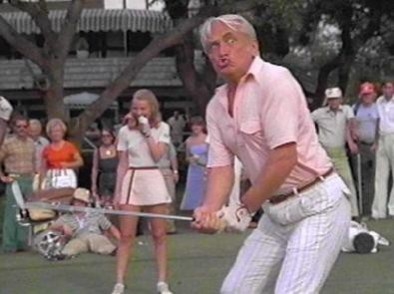 Padraig Harrington is a solid professional golfer and citizen of the world.

However, on Sunday at the HP Byron Nelson Championship, there was evidence presented that suggests Harrington may in fact be cursed.

The three-time major winner was in the midst of a mediocre final round when he arrived at the par-4 11th hole. After an excellent drive, Harrington was left with a manageable 63 yards to the cup and proceeded to hit a seemingly perfect second shot

But alas, it was not to be, as the ball bounced once, landed in the hole, and then inexplicably bounced right back out.

As you can see, that is just plain cruel.

The announcers correctly observed that the ball didn't hit the flag, which happens on occasion, but mysteriously bounced out of the hole with no motivation other than to break the spirit of a good man. Clearly, Harrington has angered the gods of whatever, and this is their very public attempt at retribution.

Golf can be a maddening occupation, and things like this take place from time to time that defy logic or reason. In many cases, events may conspire to turn a poor shot into a great one. However, in this instance, Harrington hit a great shot, but had his eagle snatched away by some sort of unexplained phenomena.

After this most unfortunate circumstance, Paddy was able to muster the courage to tap in for birdie and did eventually complete his round, finishing with a 74 and a tie for 22nd place overall. The gypsy who apparently placed a curse on Harrington could not be reached for comment.

In related news, the expression ‘Luck of the Irish’ can no longer be used publicly, at least not in reference to the Dublin-born Harrington.