Oosthuizen Bumps His Way to a Masters Ace 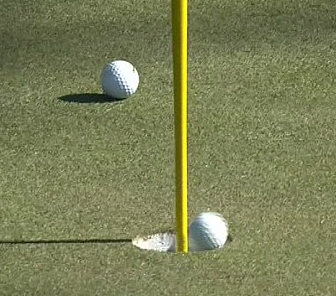 After 80 years of Masters play, it's rare to witness something that's not happened before, but South African Louis Oosthuizen flaunted the odds and got it done.

And he was centimeters away from a feat that would have stood alone for eons:

Damn. When Swedish announcers get excited, it's definitely something special.

With a pin placement that turns the green into a veritable funnel, it's no wonder the 16th has hosted 15 aces coming into this year's edition of the Masters.

In fact, prior to Oosthuizen's bump and run, there were two others earlier in Sunday's proceedings.

First up was Shane Lowry:

Still, they've all got a ways to go to top Vijay Singh's water-skipper during a practice round in 2009: