One Timely Win, and Sunderland's the OG Tour Champ 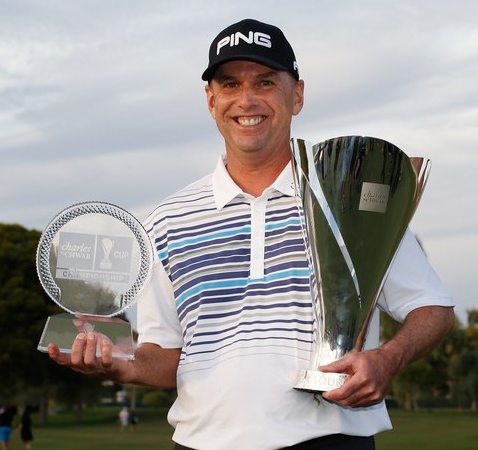 Yet again, only international soccer has this season championship thing sorted out.

In those leagues, whoever's got the best record over the course of the campaign gets the trophy. Full stop.

Of course, it's a different environment. Relegation threats keep the spice in the bottom of the standings. Cup competitions -- they're version of playoffs, as it were -- occur during the season. It's damn near a perfect world.

Post-season playoffs are a way of life in North American team sports. It's clear that the hot and healthy teams win -- think how many wild card teams hoist the hardware -- even though they're not necessarily the best.

At least it doesn't take much for casual fans to pick up on where matters stand.

However, for NASCAR, tennis, and golf, not so much.

That's the only tournament dude won all year.

And yet, he's got the big trophy and a nifty $1.4million paycheck.

Bernhard Langer was der Alter on this tour, winning seven events as part of his 16 Top Ten finishes in 22 starts.

Kinda like the PGA Tour's FedEx Cup, the Schwab is a field-thinner -- to 72 money winners in the first weekend, top 54 finishers from the first weekend in the second, and top 36 in the third -- over the course of three weekends.

On the less ironic side, at least Sutherland didn't need a wild card exemption -- scoring a top ten finish without being in the progressively shrinking field --

Suffice to say Sutherland's gotta be whistling past the graveyard.