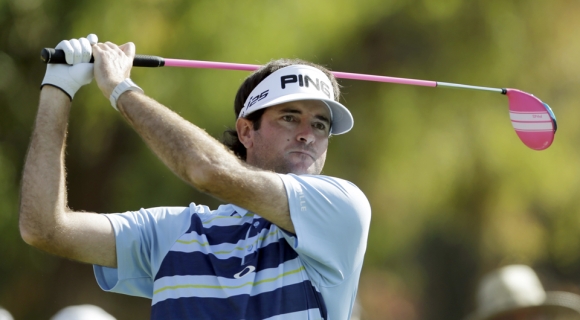 Back in 2014, Bubba Watson picked up the title at the Riviera Country Club and built momentum that would carry him to the Masters championship.

The way he attacked the course this year -- especially the final round -- is a strong sign he could well be on the same story arc again.

Dude's one of the most creative shotmakers in the game, and his wiles were on display in abundance after fending off a few impressive challenges:

Along the way, it was Bubba doing what Bubba does that sealed that one-stroke win:

And when the long game had hiccups, his short one bailed him out:

Watson hoisted the hardware over an impressive field who could only admire this abstainer from target golf with a flair that would put a tear in ol' Arnie's eye.

True, Palmer was larger than life and still singularly responsible for raising the PGA tour's profile, but Watson is one of the current crowd's cast of characters that has golf fandom buzzing again.

Or as buzzed as golf fans can get. And on a scale of Zero-to-John Daly, that's kinda buzzed right now.