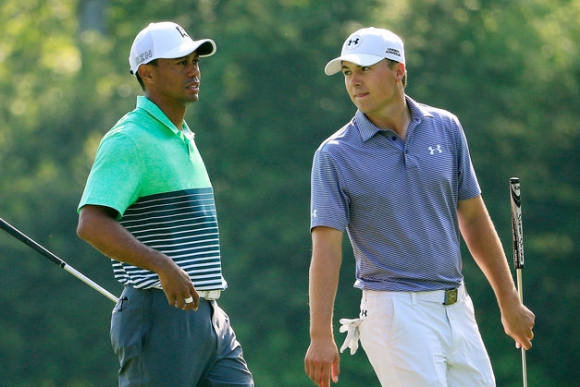 Augusta National is a tough course.

It really and truly is.

They even Tiger-proofed it to keep it that way.

So what Jordan Spieth has done to it in the Masters' first two rounds is not only special, it's absolutely incredible.

The only real drama was whether or not whichever sponsor provides the clubs for Henrik Stenson would renew his contract. The Swede wasn't exactly planning on spending so much time in the trees during Round 2.

And a move like this one at the 2014 British Open isn't quite the equipment endorsement they'd be expecting:

That can happen when you're grouped with a dude who's smashing course records while your big adventure is trying to avoid a chance meeting with Smokey the Bear.

Meanwhile, feeling his oats after a respectable second-round score of 69, Tiger Woods aimed his comments at the tourney officials, suggesting a subtle way to spice up the weekend by referring to the course's underground turf-control system:

Given that, so far, Spieth has notched 13 of them to Tiger's seven, not even that may make a difference. But you can't fault a ratings magnet for trying to throw his weight around.