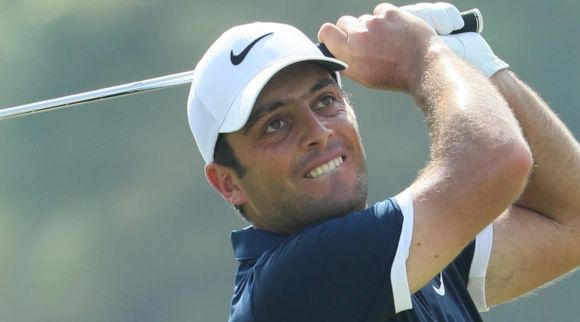 What in the name of Robert Burns and two bites of haggis -- the second confirms the shock of the first -- was going on at Carnoustie this weekend?

How is it possible that a human being can tour the championship course in the final two rounds and never suffer a bogey?

This wasn't a one-hit wonder job, either. By bagging the Claret Jug with a nifty 8-under tourney total, the 35-yar-old Molinari has now won three of the six events he's entered this season.

The Open's course rotation dares target golfers to try it on, and its northernmost outpost is the most challenging of them all:

Even more daunting is Carnoustie took on a different appearance each round. Saturday, for example, it was wet and foreboding. Sunday, the wind was slyly treacherous.

Those were the two rounds that Molinari held steady while others came and went.

Being paired with Tiger Woods in any round is a task all its own, but being there in a major's final round evokes a whole 'nother level of circus.

At Carnoustie, even the fans had to be on their game.

In case anyone cares, this was the video I was taking when I was struck by my DEAR FRIEND @TigerWoods pic.twitter.com/6tH1SCdTU8

Dude. Maybe the Dutch and Belgians have a claim to inventing golf, but the Scots definitely came up with the word fore.

While Woods and others briefly took leads before giving them back with more careless drives and greedy recoveries that didn't work, Molinari made a truce with Carnoustie and only took red numbers when offered, which was twice.

Sweden's Henrik Stenson was the last first-time major winner to do it at Carnoustie, and now it's another European's turn.

Next year, Molinari will be the first Open champion in 70 years to defend it in Northern Ireland. That'll no doubt feature a rousing homecoming for McIlroy, but if the Italian can pluck a title from under Tiger's nose, odds are strong another circus won't distract him from business at hand, either.