Lexi Thompson Gets Absolutely Robbed of an LPGA Major 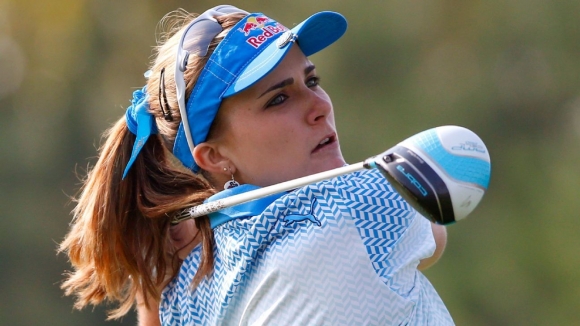 Golf can be a cruel mistress, indeed.

The sport is quite difficult to play at even a passable level, but its arcane rules sometimes present even more of a challenge.

Which brings us to the ANA Inspiration LPGA major this past weekend.

The name is sadly ironic, considering what happened to Lexi Thompson.

The 22-year old Floridian was assessed a four-stroke penalty midway through the final round on Sunday in a way that would've made the Viet Cong proud.

Well, it appears an astute viewer at home with absolutely no life to speak of decided to ruin a complete stranger's day for no discernable reason.

This very sad person had noticed that Thompson misplaced a ball on the 17th hole the previous day.

Yep, that was it.

Reaction from the golfing community was swift and terrible.

It was an email this time, but we get the idea.

Even Tiger weighed in, as this nonsense actually happened to him at the 2013 Masters.

Unfortunately, Thompson was unable to recover.

She did force a playoff, but couldn't quite finish.

Is there no God?