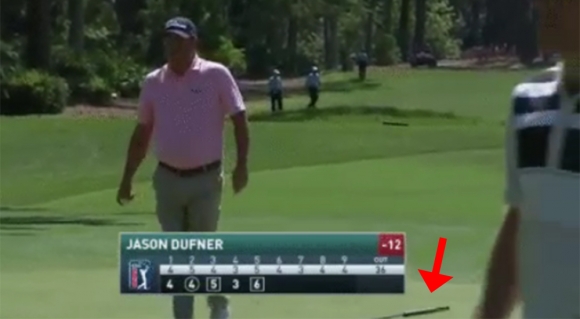 Well, that's certainly no way to treat your caddie.

Professional golfer and apparent contemptible human person Jason Dufner felt the sting of the social media whip after his recent actions at something called the RBC Heritage.

Dufner didn't drown any kittens or mock a disabled child.

However, he did do this:

No, it wasn't third-world genocide or even double parking.

But the reaction from Twitter was swift and terrible.

Most golfers don't treat their caddies like indentured servants, but Dufner and his bag man clearly have a different relationship.

That would've been a baller move.

Dude was obviously frustrated, which may have something to do with the bogey he'd just completed on that particular hole.

Dufner had lead after three rounds, but carded a final round 76, leaving him five shots back for the tournament.

Perhaps he should work on that short game.

Some sensitivity training may prove useful, as well.