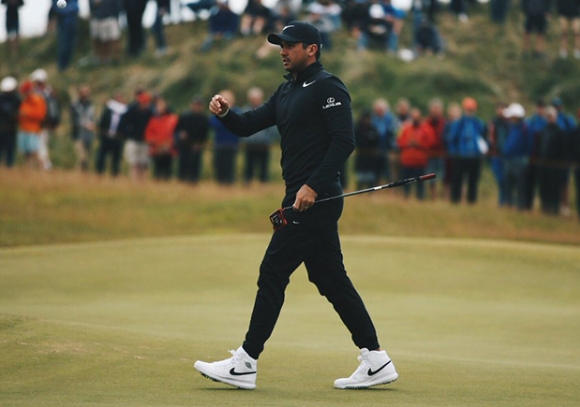 First of all, congrats to Jordan Spieth, winner of the 2017 British Open.

There, now we can focus on more important matters.

On Thursday, the Australian decided to open his round wearing a pair of retro Air Jordans.

Well sir, to answer your question ...

However, some in the golfing public felt differently.

This isn't the first time Day has gone the unconventional route with his footwear.

The Cleveland Cavaliers enthusiast once wore these custom shoes during a tournament:

By the way, Day shot 69 in the opening round with the retro look, but then followed that up with an ugly 76 before finishing tied for 27th place.

It probably wasn't the shoes.