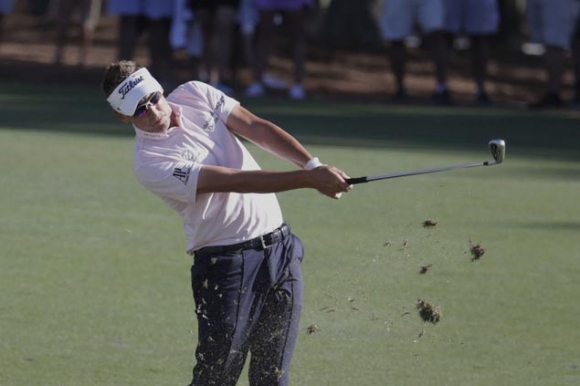 His final-round 71 placed him in a tie for second overall at seven under par.

While he couldn't quite catch young Si Woo Kim, dude did collect a groovy $924,000 payday for his troubles.

Despite these pleasant numbers, at least one person is less than impressed.

Well, this malcontent goes by the name of Brandel Chamblee.

He'd be a Golf Channel broadcaster who appeared deeply offended by the conservative strategy Poulter seemed to employ down the stretch.

Poulter, who was no doubt busy counting his prize winnings, did engage the troll with a bit of banter.

And here was the Chamblee retort, or lack thereof.

That's one way to handle it.

Of course, Poulter did play somewhat conservatively in the final round, laying up a number of times, but so-bloody-what?

We can only assume that the bitter Chamblee enjoyed that compilation.