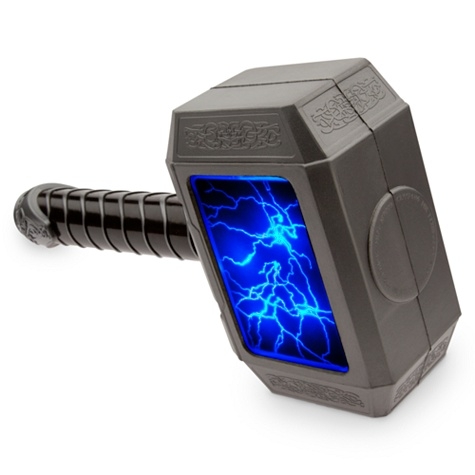 In Viking tradition, when Thor's mighty hammer Mjölnir came down, the sky exploded in a flash of lightning.

While many Scandinavians still wear a pendant dangling a symbol of this magical weapon for good luck, the PGA is counting on a Swede who wields a mighty hammer of his own.

Actually, he wields 14 of them at a time, in his golf bag.

Golf's ratings for major tournaments steadily draw their most desirable viewers, but sooner or later, young blood needs to emerge. Yes, Tiger Woods and Phil Mickelson are still around, but it seems the sport as a whole needs someone else to support. For a brief flash, we thought Rory McElroy was the key, but his victory total and popularity have fizzled.

Is there now a new interplanetary phenomenon about to appear on the horizon? Jonas Blixt would like to think so.

Blixt is young and ambitious. He'd love nothing more than to be the first Swedish player to win a major championship. Looking at his play and composure, he's got a shot. Currently, only Henrik Stenson could beat him to it.

True to his surname, Blixt appeared on the leaderboard like a lightning bolt and stayed there. He tied for second in this, his Masters debut. Not bad for it only being the third major he's ever played. He's progressively improving, finishing fourth at last year's PGA Championship and tied for 26th at the British Open.

It's shots like this at last year's PGA that put him on the radar screen:

Blixt carded an impressive 71 for the third day in a row on Sunday and was the only player on the leaderboard to be under par in all four rounds.

Without Tiger on the prowl, golf needs a new predator to track. By the power of the Thunder God, it may have found one. 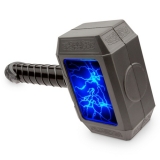 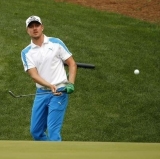