Furyk's Record Round of 58 Almost Never Was 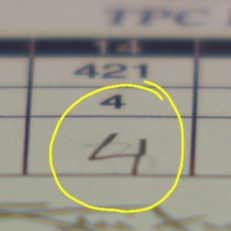 Back in the day, My Favorite Martian was a popular TV show, featuringa humanoid with a gift of pointing his index finger to levitate things.

Dude said a by-product was the elimination of golf on Mars, because everyone shot a par 18.

It'll probably be a few more centuries before that happens on Earth, but Jim Furyk's just done his bit to move things along.

Of course, he still had to use clubs. But onlookers at the Travelers Championship in Cromwell, Connecticut didn't seem to mind:

39 years after sandwich-chomping Al Geiberger posted the PGA Tour's first round of 59 -- there have since been five others -- Furyk's play was more than up to the task.

However, his partner's accounting almost relegated it to irrelevance:

As a side note, the most infamous miscalculated scorecard happened to Roberto de Vincenzo at the 1968 Masters. It cost him a green jacket.

Fortunately for Furyk, all he lost was the tournament. That, and the $1,880,000 check that went with it, was won by Russell Knox.

Furyk finished tied for fifth. In the process, dude banked $231,825 and a place in golfing lore that's priceless.