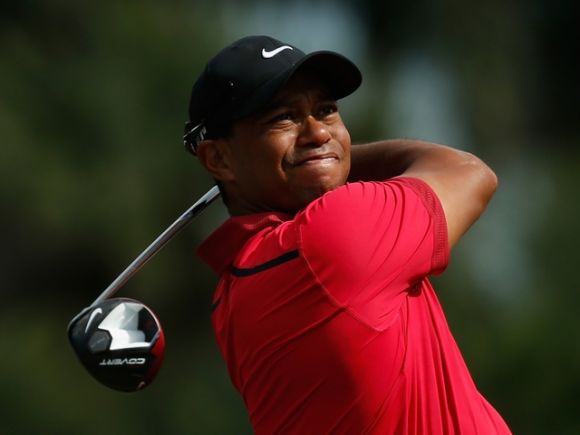 Dude had a hella lotta two-shot sequences like this:

It gave him extended practice in getting outta trouble, and he had to be encouraged by the fact that -- more often than not -- he did.

While Woods was displaying his rarely acknowledged propensity for grinding, the tourney's leaders were making their own cases for shaping shots under pressure.

All except ball-stallin' JB Holmes, that is, but karma had already struck. Dude was outta the leading group.

Finally, the title chase gets the spotlight all to itself.

And for the record, here are the highlights of Tiger's fourth round:

Dude's flair for the dramatic is back, too.

So, it seems dude's worked his way back to being average on the PGA tour.

And that's a complement.