Even Pro Golfers Can Use a Compass 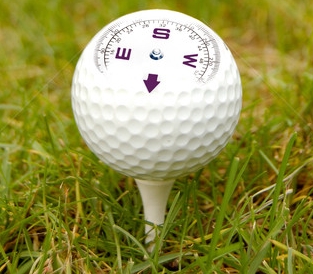 Now, Dylan Frittelli can be known for more than being Jordan Speith's college roommate at the University of Texas.

Dude not only won his second professional tournament, he did it with 13 clubs in his bag.

Plus a knowledge of where magnetic north is.

Dude had been chasing India's 44-year-old Arjun Atwal from the Mauritius Open's first tee onward and finally surpassed him on the first playoff hole, when it counted.

Frittelli had the sorta final round that duffers everywhere could love.

Here's a closer look at how he narrowed his club count to 13:

Dude birdied two of the next three holes and added a fourth later in the final 12.

What else is there to say?