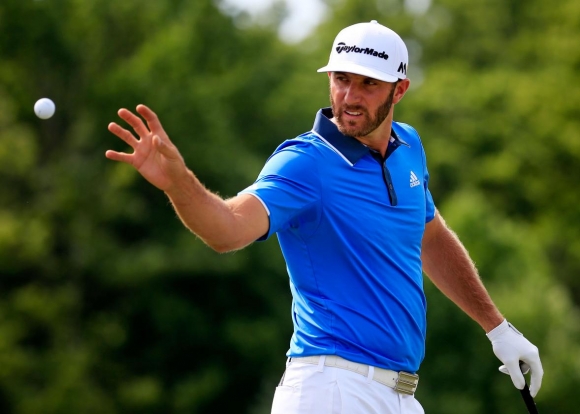 The PGA Tour Championship's top seed played like it -- sorta -- and the world's top-ranked player was only one shot back in a first round that set the weekend's chase for a $10million bonus.

Sure, Dustin Johnson finds himself in a three-way tie for the lead with a scorecard that doesn't reflect what he had to do to get there.

Atlanta's East Lake Golf Club -- home course of the legendary Bobby Jones -- flipped its script for the FedEx Cup, and apparently, Johnson was disoriented. Dude's first shot of the day hit a fairway trap. But no matter:

Trouble and recovery was his theme of the day.

Meanwhile, a long-range assault on the pins shaped Thursday's leaderboard:

How do you know you're hot?

It does help to have a full bag, and Johnson's been making the most of it.

First, there was his first major title this summer, when he claimed the US Open. And dude picked the right time to scorch a course for his third win of the season:

With that sort of success in escaping jams, that driver becomes even more of a weapon.

As opposed to his co-leaders, Johnson's been there and done that in the big ones. He's gotta like his chances of being in the mix on Sunday.