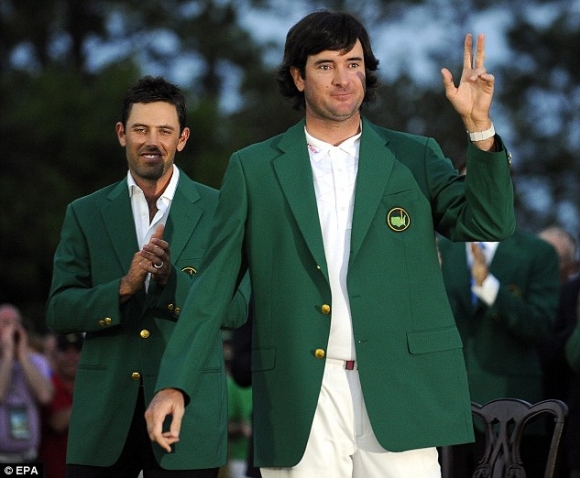 Where would lefties be without sports?

Rarely have they been exalted throughout time. The term sinister has its roots in the Latin word for left. The devil was considered to be left-handed. College and high school desks make it awkward for lefties to write. It used to be commonplace for teachers to demand port-siders learn to compose with their right hands.

They had their moments. Leonardo da Vinci scripted in reverse. Both Hebrew and Arabic are read from right to left; no one is certain, but perhaps key originators were southpaws. Still, these were the exceptions.

It wasn't until the last couple of decades that lefties could find golf clubs in the shops instead of being forced to pay a premium to have a set custom made. Lefties on the PGA tour were a novelty. New Zealander Bob Charles headed a list of one.

But not anymore. In golf, they're on the rise. Especially at the Masters.

And now, it's six southpaw champions at Augusta in the last twelve. Bubba Watson has done a double.

The next Slam event is, of course, the US Open. Can Watson now do what has eluded Mickelson? He'll be a favorite, and as noted earlier, for the sinister siders, it's the only challenge left.