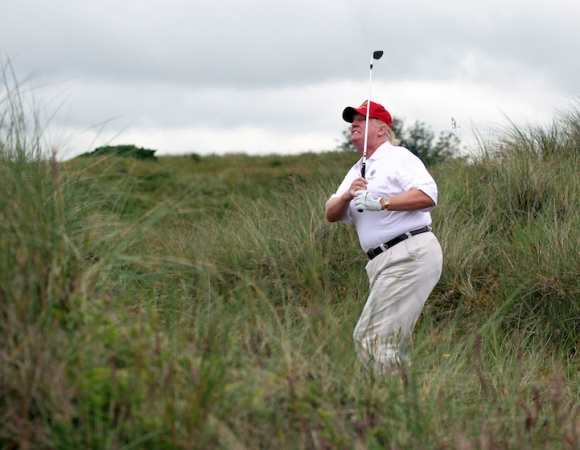 As with the disturbing bulk of his presidency thus far, Donald Trump seems to have little understanding of the most fundamental rules of golf.

Of course, in the context of his job, these deficiencies usually lead to embarrassing gaffes with dangerous consequences, sometimes on a global scale.

Check out this horrific footage:

Who the hell does that?

The fact that he happens to own the golf course really shouldn't excuse the behavior.

Obviously, the golf cart on the green transgression was bad enough, but then the President did his best human impersonation with the dudes filming him.

Then, he attempts to bond with them through an awkward fist bump.

Trump should play with Judge Smails sometime, as he seems like the type who would be interested in improving one's lie while blatantly disregarding the rules.