Day's Sizzling 62 Banks a Win at The Barclays 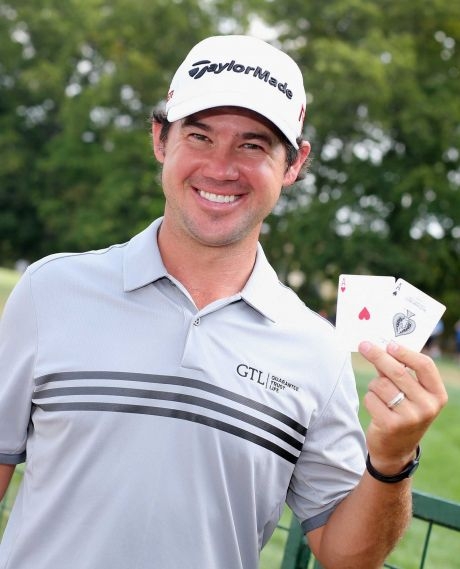 August may be the Dog Days for some, but it's prime time for Jason Day.

The Aussie opened this month by claiming his first major at the PGA.

And he ended it with a spectacular perfomance at Plainfield this past weekend by pulling away from the pack in the final round.

Dude may have had vertigo issues in July, but the only thing dizzying at The Barclays was his time in the zone:

Day's dominance was such that he easily overshadowed a moment of golf history elsewhere on the course.

Brian Harman had already aced the 183-yard 3rd hole when his 7-iron landed short, veered right, and plopped into the cup. But he wasn't done, pulling a 4-hybrid from the bag and setting up a date with trivia destiny:

For the record, Harman has joined Yusaku Miyazato at the 2006 Reno Tahoe Open and amateur Bill Whedon at the 1955 Insurance City Open.

And thanks to a Quicken Loans promotion, a pair of lucky fans will have their mortgages covered for a year.

Harman, meanwhile, probably didn't need ace insurance for the traditional 19th hole celebrations. And afterwards, there surely would've been only one choice for his obligatory breath maintenance:

Meanwhile, Day is more than content chewing on the competition for the FedEx Cup's $10million top prize.

It only gets more dramatic from here. So, gentlemen, start your putters.