Birdies, Eagles ... Spiders: Threat of Death Is Why the Aussie Open Should Be Golf's Fifth Major

Published on 14-Feb-2013 by Xavier McSpaniel 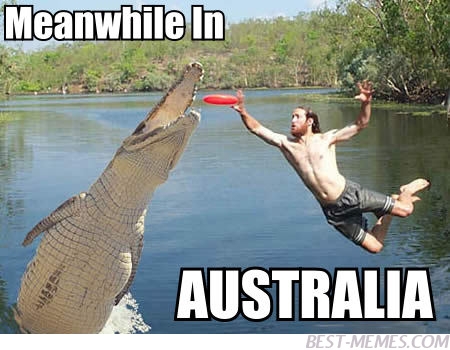 There is a new standard in the golfing definition of 'hazard'.

Swedish LPGA rookie, Daniela Holmqvist, hit the headlines when she shot 74 at the Women's Australian Open. It wasn't brutal heat or torturous wind or the threat of Charles Barkley as a playing partner that made the round impressive, it was this. On the fourth hole at Yarralumla, Holmqvist, playing out of the rough, felt something akin to a munch on her ankle. In any other country, this might have been the harmless caperings of a playful bunny rabbit or an impish squirrel, but not in the land Down Under: no, the creature in question was the deadly redback spider, killer of children and immortalized in song. Holmqvist's response to this considerable crisis? With dizziness setting in and her leg beginning to swell like John Daly's liver, she plucked a tee from her pocket and, foregoing a read from her caddy, prised the venom out unassisted.

The sort of life-or-death heroism displayed by the newly-dubbed 'Spider Woman' is exactly what golf's majors should require of their champions. What perilous obstacles do the elite currently overcome? At the British Open, you might go missing for a time in the Carnoustie rough. The drunks are generally harmless at the Championship. The Masters' fear factor was enhanced by Condoleezza Rice's membership, but she is unlikely to bite anyone's ankle. Only in the Australian Open is there potential for a winner's jacket with matching pine box.

Come on, PGA: make a fifth major out of Oz's premier tourney. Apart from the winner, who could it hurt?