Bill Murray's Par for the Course at Pebble Beach 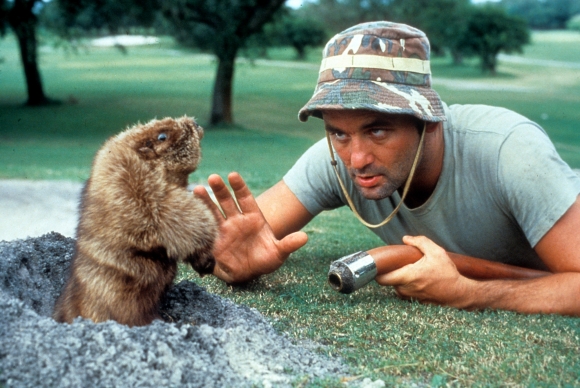 To casual golf fans, this year's Pebble Beach leaderboard after 54 holes reads like the rolling credits nobody watches at the end of a movie.

Not too many household names on the leaderboard right now:

Ironically, the big names are in the latter half of the pro-am. And more often than not, they don't disappoint.

In fact, some become traditional headliners. These days, the top draw in that regard is none other than Bill Murray. He's got game, and he's got game:

Murray actually won the doubles with DA Points in 2011:

Indeed. Carl Spackler was nothing if not the force behind the making of champions. 'Way behind: