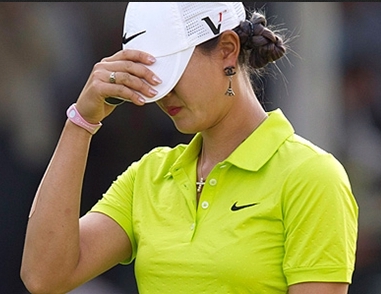 Listening to your elders isn't the issue.

It's which elders you to whom you should be listening.

In Michelle Wie's case, it looks like she made the wrong choice, a fact noted by one of the most distinguished elders in her chosen vocation: Annika Sörenstam.

The Swedish golfing legend put it out there in an interview with Golf Magazine, saying Wie's talent "is not there."

Prodigal and photogenic, Wie's ability to be ahead of the curve in her younger years propelled her into a worldwide sporting sensation. She was like a cute puppy, commanding attention with little effort.

Cute will always convert into cash. It's like this in every sporting or entertainment endeavor. It's not even a new phenomenon. When a kid becomes that commodity, best interests are often superseded by vestiges of power manifesting itself in most of the seven deadly sins. And of course, it's the parents, guardians, and advisors being lured; the kid has only a shallow understanding of the maelstrom swirling about.

None of this is breaking news. It's only prominent because it's history being repeated yet again. And it won't be ending anytime soon in spite of wiser elders commenting to the contrary. Just as they did before.

There are fortunate exceptions. The Williams sisters come to mind. Still, for every Venus and Serena, there's inevitably a Jennifer.

Wie's struggles haven't been lost on the latest hot kid, Lydia Ko, a two-time tourney winner at the tender age of 15. Yet. Note her coach's remark that Ko has a "year and a half to go" before turning professional.

Meanwhile, Wie is preparing for the first major on the LPGA tour, the Kraft Nabisco Championship. The headline blares that contenders are plentiful. Indeed.

Wie's name is not among them.