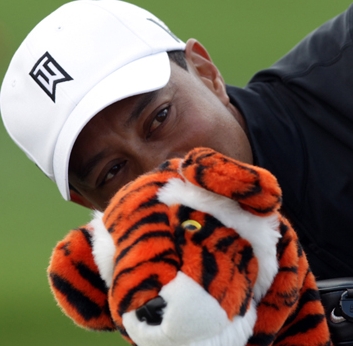 The media created the monster known as Tiger Woods.

He was going to be the dude who broke all the records.

He was the bro whom nobody could beat.

When Woods wore that Stanford Cardinal red shirt and black trousers on the Sunday round, it was over before it even started.

He was going to make sure that Jack Nicholas was pushed to second-best of all time.

The media set the bar so high that nobody could ever live up to unbelievably stupid expectations.

Tiger had it all.

Tiger seemed to have it all.

If we were smart, we would've known that what seems wonderful and perfect on the outside is most of the time a ticking bomb waiting to explode.

We all know the story. Dude had a hot wife and then a nice family. The America dream! But it was over in a flash.

Tiger cheated on his wife with a gazillion ladies. His wife left  him and all that money. OK, she took half of it with her.

If you looked at Tiger's body back then, you'd have seen certain signs of PED use. Nobody wants to talk about it, or the cheating, or the sex addiction thing.

If you talk bad about Tiger, you're white, and you don't write for South Park, you're certainly going to be called a racist.

Tiger is just a man, and he's clearly a man with issues.

We all know that he was stopped recently by the Jupiter, Florida police around 2:00am, booked, and jailed on suspicion of DUI.

It emerged later that the prescription medication he took for his back issues figured prominently in the situation.

What I find disturbing is a man like this -- one of the most recognized people in the world -- didn't have one friend who'd drive him somewhere.

Not one person who would call him a cab.

No significant other who could simply take his keys and help him avoid the entire situation.

We need to focus on the human being, not the celebrity athlete. 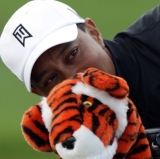 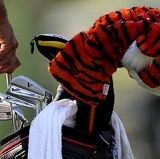