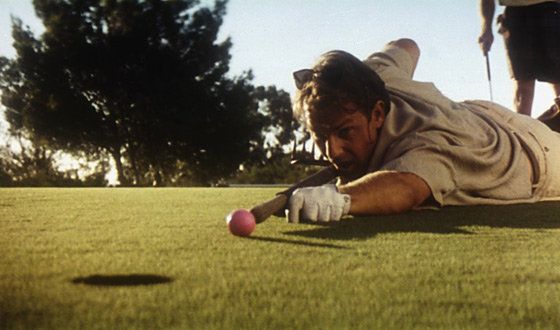 The top golfers on the planet consistently compete for titles and majors and obscene amounts of money.

However, for every one of them, there are a dozen or so dudes desperately trying to qualify for the PGA Tour or stay on it.

This brings us to a fellow named John Peterson, who while playing in the Web.com Tour Finals ran into a few issues.

After earning his fourth bogey in the first six holes of the first round, Peterson reacted negatively.

Always nice to see @JohnPetersonFW back in the competitive mode! pic.twitter.com/RHpfrElUv8

While the impulsive Peterson didn't go full Tin Cup on his bag, he was forced to finish his round without a putter, which he did to the tune of one over par.

Sadly, our hero didn't quite make the cut, following up his opening round 75 with a 76 and failing to qualify for the big tour.

For those of you unfamiliar with Peterson, he became something of a folk hero back in 2015 when he executed a flawless Happy Gilmore drive during an actual tour event.

Happy and Chubbs would've been proud.