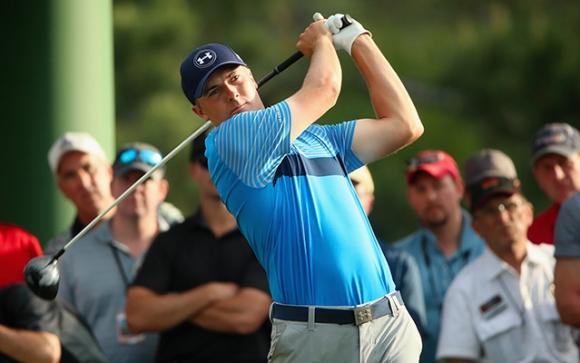 Bobby Jones retired from golf at 28.

He raised a bit of dosh and created Augusta National to host an exclusive tournament, and the Masters was born in 1934.

It stood the test of time, challenging the world's best, until Tiger Woods came along.

Those were the days. Fluff was his caddy. Butch Harmon was his coach. And he was the only one swinging a club.

Well, Tiger's still around, and golf is thankful for that. But now there's a new 21-year-old in town, and he's leading the Masters at the quarter pole with a near-record round.

Very few players go wire-to-wire to win the Masters. Only four have done it:

There's obviously a long way to go, but the way he's been playing this year and last, Spieth has a fair shot at joining this illustrious quartet.

First things first -- like 72 more holes at Augusta -- but Spieth is the next in line to dominate leaderboards all the way until he's 'way past 21.