The Perfect Homecoming for Wayne Rooney 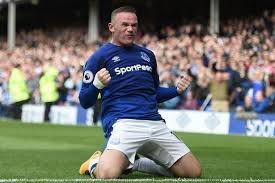 Going full circle, Wayne Rooney returned to the club that made him.

And he couldn't have had a better day.

Three guesses who netted the winner, and the first two don't count.

Everton have always been a tenacious side in the Premiership, and with the addition of the United legend, they just got that much better.

In Week 1 of the new season, here's why:

Even the Red Devils were cheering for this feelgood result. After all, Rooney gave them his best years through thick and what passes for thin at Old Trafford.

The goal and overall performance has even fostered speculation that Rooney could be selected for England again.

If so, he'd best avoid happy hours for a while and have a boffo Week 2.