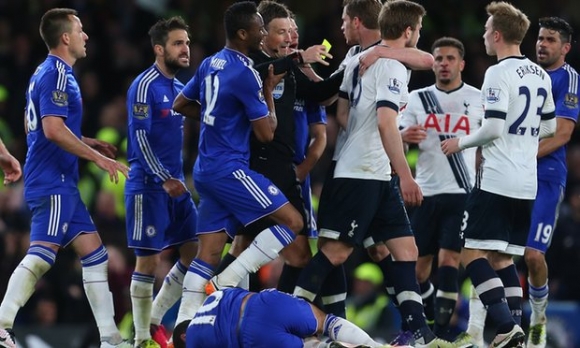 There actually was a Battle of Stamford Bridge before last night's 12-booking clash in London's fashionable district.

It was back in 1066. In Yorkshire. Far from London and even farther from Hastings.

The stars then were Harald Hardråda, the last great Viking; his berserkers; and Harold Godwinson of England.

While the Vikings fared better than most at winning them on the road, they didn't win this one:

That's right. William was a Viking of sorts, too. The French called them Normans.

Symbolically, history has just repeated itself at the other Stamford Bridge:

... denying them the Premiership title in the process with a come-from-two-down draw at 2-2.

Tottenham came so close, but in the end,  they were still so far away.

Could Spurs ever have imagined a campaign when they'd only lose four league matches and still be denied the crown?

Richard III would know the feeling.

In this battle, Tottenham's front man Harry Kane set his team on the right path as he scored first:

Everybody loves it when he dances in the field.

Their title hopes became even clearer when Heung-Min Son raced down the right side for a dramatic strike just before the half:

No wonder Chelsea is nowhere near the top, what with that defense.

But the second half was a different story.

The Blues gave Leicester City fans some reason to cheer when Gary Cahill pulled one back:

Eden Hazard made a much-publicized claim that Chelsea intended to deny Spurs the league title, and in the 83rd minute, dude made good on his words.

Talk about capitalizing on two brilliant passes to tuck in a spectacular deciding goal:

Form is temporary, but class is permanent.

Leicester City take the title, and Tottenham take away a modern-day beserker's anguish. 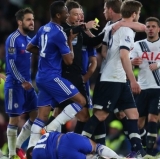 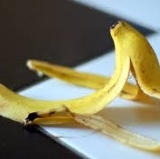