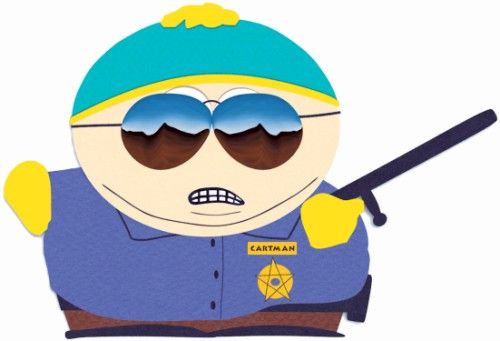 For those who wonder, Sheriff is a mega-company -- in context of where it is, of course -- located in a kinda-Moldova region that thinks of itself as its own country.

The football team it sponsors has only been around since the 1990s, but it's become a power in the closest league it could find to join.

That would be Moldova.

While it's nestled between the more familiar nations of Romania and the Ukraine, it still sounds like a place Fredonia would invade if Groucho Marx had his way.

These days, though, it appears those feisty Wasps of Sheriff Tiraspol are the ones on the march.

Dudes are the first entrants from Moldova to make it to the Champions League, and after two rounds, they're atop Group D:

They disposed of the Ukraine's Shakhtar Donetsk in their debut, and apparently, no one bothered to tell them that the next side on their schedule had a bit more UCL history, themselves, when it comes to winning.

However, when you've got a goalkeeper who's not afraid to stop shots with his face, and Giorgos Athanasiadis -- on loan from AEK Athens -- is that dude ...

Speaking of, Los Blancos had more than their share of chances: a whopping 11 on target outta 31 launched. And yet, only a Karim Benzema penalty in the 65th minute found the mark. That equalized Jasurbek Yakhshiboev's shock marker in the 25th-minute that gave Real's supporters pause.

The pride of Uzbekistan -- at least in his parents' home -- serving notice that this was gonna be one of those nights.

Dudes absorbed relentless Real pressure, but when they saw a break, they looked as bonafide as any big brand. The only difference was they needed a Luxembourg -- Luxembourg! -- international to lead them, and Sébastien Thill was up to the task.

Not only did he figure prominently in Sheriff's first goal -- feeding his left winger to set up a perfect cross -- he tallied the 89th-minute decider.

After the party, of course, because surely there was one.

Just like the lowest-ranked side in the UCL taking a bite outta the mighty Real Madrid.

The Wasps only took four shots and popped two of them. Efficiency.

Props, too, to captain Frank Castañeda for patrolling every reach of the midfield, teaming with Dimitris Kolovos and all to form a defensive shield that bent but never broke.

That goes for Athanasiadis's face, too.

Odds are strong Inter Milan will be reviewing the video and taking notes all of a sudden.