The NHL Circle of Life and Violence 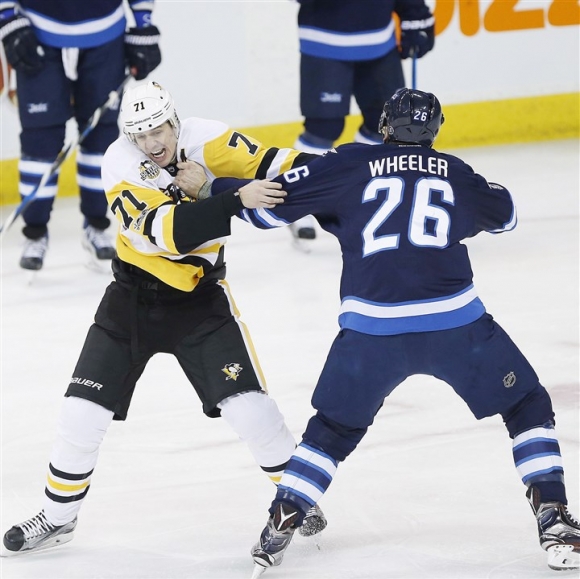 Some would argue that the NHL perpetuates violence and encourages thuggish behavior.

That may very well be the case, but things do tend to even themselves out on the ice.

It may be vigilante justice, but it's justice nonetheless.

Back in February, the Pittsburgh Penguins Evgeni Malkin delivered a nasty head shot to Blake Wheeler of the Winnipeg Jets.

Of course, this high hit produced a scuffle and all manner of ill will.

The Penguins and Jets hooked up again recently, and you just knew retribution was coming.

Sure enough, less than four minutes into the game, Wheeler was ready to throw down.

Clearly, Malkin wasn't super-excited about this fight, but he grudgingly accepted his fate.

And there you have it.