NHL Realignment Is Now in Refinement 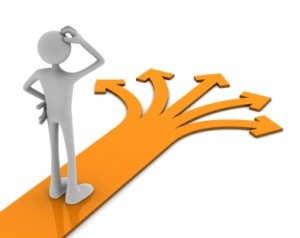 NHL karma is on a roll these days, which seems to have led it to discovering the joy of feng shui.

Many were surprised when the NHL Players Association rejected a seemingly-plausible realignment proposal made by the owners last December. But -- miracle of miracles -- instead of stubbornly digging in their heels, the owners returned to the drawing board and actually came up with a better arrangement. Here's what they did, with the latest revisions in red:

The Players Association has yet to review the actual proposal, but most of their objections to the original plans have been addressed sensibly:

Time zones were an obvious consideration, what with their impact on television viewership. Dallas, for example, has suffered a precipitous ratings decline under the current league configuration, and it's had an adverse effect on what had been a booming local hockey scene. The Stars will join the Jets, Red Wings, and Blue Jackets in becoming better acquainted with their geography.

Most existing rivalries remain intact or become enhanced (eg- Penguins-Capitals). The Red Wings and Blackhawks lose out in this regard, but it should make their annual home-and-home even more intense.

The Florida contingent may be less than enthused, It's just the price they pay for spending the home season in sandals and shorts when they're not on the ice. Nashville seems to have lost ground, too, as it doesn't have the Red Wing rivalry anymore and remains out of the Eastern time zone where it requested to be. However, it does open up fertile ground for more Taylor Swift heartbreak tunes.

With this development and the coming surge of interest during the 2014 Winter Olympics' hockey tournament, the stage is now being set for even more intrigue when the NHL begins its highly anticipated expansion plans in 2-3 years. The two seven-team conferences are in the West, and the two hottest expansion candidates -- Québec City and Markham (the fashionalble Toronto suburb) -- are in the East. Who moves westward then?

Seattle is the current wild card in this game, and as a third 'favored' contender for one of the two new franchises, it will certainly be a factor in driving up the expected expansion fee of $400million each. Keep in mind a new NHL-suitable arena deal there is dependent upon the Kings becoming the Sonics, and the city needs that to happen in order to reasonably apply for an expansion franchise.

Arena dates for next season should be submitted in March, so the wheels of progress must move quickly. Fortunately, after one of the dumbest work actions in sports history, those wheels are moving forward. Impressively.